"L.A. intimate theater at its most cutting-edge and compelling” - StageSceneLA

“Skylight Theatre is easily becoming a favorite with its moving and extraordinary productions.” –  Discover Hollywood Magazine 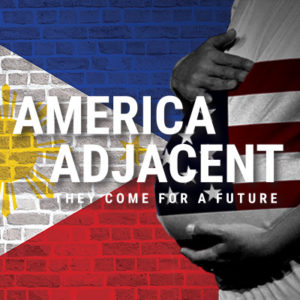 AMERICA ADJACENT - They come for a future

Filipino playwright, Boni B. Alvarez examines the promise of U.S. Citizenship asking, “How far would you go to give your child a future?”

NEXT in the 2018/19 Season: BRONCO BILLY, a world premiere musical

Entrance is next to Skylight Books at the top of the Patio, past the dining tables.