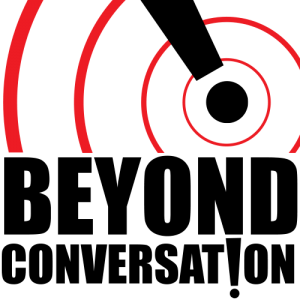 On 4 November 1979, youthful Islamists, calling themselves Muslim Student Followers of the Imam's Line, invaded the U.S. embassy in Tehran and seized its staff. The 53 hostages were held for 444 days, finally released on Jan. 20, 1981. It is considered the longest hostage crisis in recorded history.

A NEST OF SPIES

On 4 November 1979, youthful Islamists, calling themselves Muslim Student Followers of the Imam's Line, invaded the U.S. embassy in Tehran and seized its staff, calling the compound “a nest of spies.” The 53 hostages were held for 444 days, finally released on Jan. 20, 1981. How closely and in what way does the play “Hostage” track the real-life events that shook America and The West? How did the 1953 CIA-backed coup of democratically elected Iranian Prime Minister Mohammad Mosaddegh – known as “Operation Ajax” – reverberate into the 1970s?
Moderator: Elissa Barrett | Guest: Benjamin Radd - Lecturer in global studies and expert on Iran and U.S. Policy, UCLA Center for Middle East Development.

Outside of Iran, Southern California is home to the largest concentration of Iranians in the world. As the 1979 Iranian Revolution unfolded, large numbers of Iranians – including Muslims, Christians, Jews & Bahá'í – fled Iran. Many sought a low profile, due to anti-Iranian feeling enflamed during the U.S. hostage episode. Despite this, they have prospered in their new home and have contributed to the rich diversity that is LA.
Moderator: Elissa Barrett| Guests: Gina B. Nahai - Award-winning novelist and columnist, and Leila Tabatabaee - director, actress, writer

Equating Muslims with terrorists has become disturbingly common in American society—and the consequences can be violent. The Southern Poverty Law Center has noted the dramatic growth of organized anti-Muslim hate groups, from 34 in 2015 to 101 in 2016 – a 197 percent increase. Psychologists and sociologists are responding to this growing tide of Islamophobia and documenting the impact anti-Muslim bias is having on Muslim Americans.
Moderator: Kate Luhr | Guest: Marium Mohiuddin, Communications Consultant with the Muslim Public Affairs Council and the Guibord Center, and an alumna of NewGround: A Muslim-Jewish Partnership for Change

THE MUSLIM WITH THE GUN

Notwithstanding 2017’s “The Big Sick,” co-written by and starring Muslim comic Kumail Nanjiani, the Muslim character on TV and in film is typically the mayhem-causing "terrorist.” What are writers and producers in Hollywood doing to change this skewed portrayal to better reflect reality? Will we ever have a sitcom featuring the fun-loving Muslim neighbor next-door?
Moderator: Josh Gershick | Guest: Sue Obeidi - Director, Hollywood Bureau, Muslim Public Affairs Council

FROM PAGE TO STAGE

Since the invasion of 1492, America has been a nation of immigrants. "Give us your huddled masses, yearning to be free...," says the inscription on the Statue of Liberty, but the welcome mat isn't always out. From Korematsu v. U.S. to the Muslim Ban and Operation Streamline, there's danger in dehumanizing those who seek new life in America.
Moderator: Elissa Barrett,  Attorney & Co-Founder of Bend the Arc | Guest: Mia Yamamoto, Criminal defense attorney & civil rights activist

Xenophobia and paranoia are recurring elements in American politics. We see this fearful “otherizing” in the treatment of immigrants at the border, and in the Supreme Court’s upholding of the Muslim Travel Ban.  And we’ve seen it before – in the Red-baiting of the McCarthy era, and in the incarceration of Americans of Japanese ancestry during World War II. Moderator: Elissa Barrett, Attorney & Co-Founder of Bend the Arc | Guests: Salam Al-Marayati, President & Founder of the Muslim Public Affairs Council