Written and Performed by: QueerWise
Directed by: Michael Kearns
Head writer: Robin Podolsky
"Again We Awaken" is supported in part by Broadway Cares/Equity Fights AIDS and Spoken Interludes Next, with Poets & Writers through a grant received from the James Irvine Foundation

What you can expect.

Skylight LIVE IN 2020 was supported in part by a grant from the Department of Cultural Affairs, City of Los Angeles 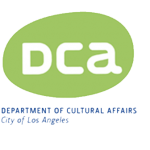