Program - A Hit Dog Will Holler

PRESENT THE WORLD PREMIERE OF 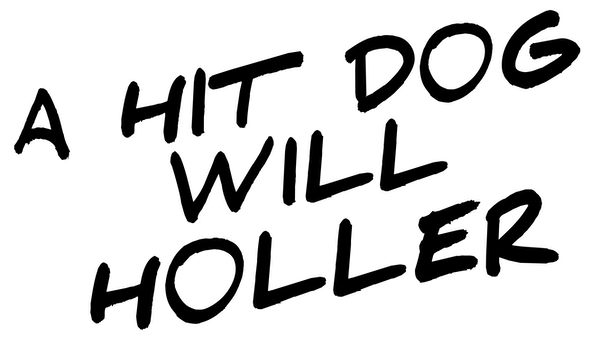 How do I objectively document the fight when I am, myself, fighting? How do I create my safe space within this country – my home – when this nation’s policies strip Black people of our safety? How do we support and lift each other when we’ve lost our way? I don’t have answers. I wish I did. I wrote this play to explore these questions, to explore these two very different Black women, and to holler back at that roar.

Time: February 2020. During the Rona.
Place: Gina's home office aka her living room, on a quiet street in the Hyde Park neighborhood of
Chicago.

“A HIT DOG WILL HOLLER" is performed without intermission.

Actors employed in this production are members of Actors’ Equity Association. 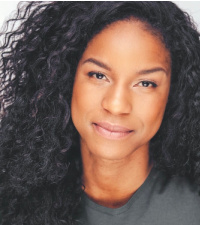 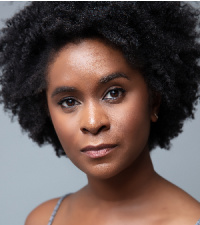 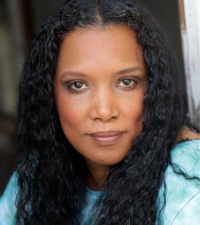 CHERI VANDENHEUVEL (Gina) won Best Actress in the L.A. Stage Raw Awards playing Reda in I Go Somewhere Else at Playwrights' Arena. She is an alumnus of The Second City-Detroit Mainstage where she taught, wrote, and performed sketch comedy. Los Angeles credits include Alice in Low Hanging Fruit at the Zephyr Theater and Sophie in Flyin' West at International City Theatre. Regional credits include the Alabama Shakespeare Festival; King Lear, Around the World in 80 Days, To Kill A Mockingbird, Macbeth, Merry Wives of Windsor and The Trojan Women, 16th St. Theatre in Chicago and Idaho Shakespeare Festival. She has her B.F.A. from The University of Detroit and M.F.A. from The University of Missouri-Kansas City. 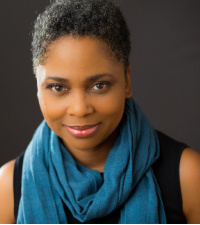 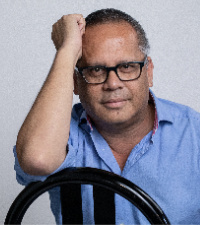 TYREE MARSHALL (Associate Producer, Beyond Conversation Coordinator) is an Actor and Producer originally from New Jersey. Tyree had studied dance for 16 years when she discovered acting when she was in high school. She would then go on to study at California Institute of The Arts where she earned her BFA in Acting and a certificate from the British American Dramatic Academy in Oxford with Yale School of Drama. Tyree has since been pursuing in an acting career in Los Angeles with her latest theater credits including Love Is Another Country(Coin&Ghost), Gone(Inkwell), and #Becklandiscancelled (IAMA). As a producer, Tyree is currently an Artistic Associate of Play Development at Skylight Theatre Company. She will also be making her television debut in 2022.

SKYLIGHT THEATRE COMPANY is recognized as a“powerhouse of new play development” by Dramatist Magazine and as “a leader in play development" by the L.A. Times. In just the last four years, two plays originating at Skylight have been performed Off Broadway, The Wrong Man (14 New York Award nominations), and Church & State (50+ productions in 31 states).  In 2017, Dontrell, Who Kissed the Sea (a co-production with Lower Depth Theatre Ensemble) received the prestigious Steinberg American Theatre Critics Association Citation. In 2019, Center Theatre Group remounted their multiple award-winning production of Rotterdam at the Kirk Douglas Theatre as a part of Block Party. The production won the 2018 Los Angeles Drama Critics Circle Award for Best Production, and awards for Writing and Lead Actress. It also received top honors at the 2018 Stage Raw Awards, winning Production of the Year and Leading Actress awards. More at www.skylighttheatre.org

PLAYWRIGHTS' ARENA is dedicated to discovering, nurturing and producing bold new works for the stage written exclusively by Los Angeles playwrights. It develops new materials through several series of readings, workshops and round table discussions. Local playwrights are encouraged to create original, adventurous, daring materials with the intent of challenging the mind, touching the heart and provoking the spirit. Playwrights' Arena was founded in 1992 by Jon Lawrence Rivera and Steve Tyler. For more information, script submission policy and production history go to www.playwrightsarena.org

BEN ALTMAN (Rehearsal Stage Manager) is a L.A. based stage manager, magician, stop motion artist and graduate of USC’s School of Dramatic Arts. Ben has stage managed productions at The Skylight Theatre, at the Boston Court Theatre, at the Odyssey Theatre Ensemble, for Antaeus Theatre Company and has held several backstage roles in the USC Opera Department.

HOWARD HO (Sound Design) is a sound designer, playwright, and Youtuber. Twice nominated for the Ovation Award in sound design, he has designed shows for Artists At Play, Theatreworks Silicon Valley, Center Theatre Group, Deaf West, East West Players, and Playwrights' Arena among others. He teaches sound design at the California School of the Arts San Gabriel Valley. His play Various Emporia was a 2017 O'Neill Playwrights Finalist. His playwriting is published by Theatre Now New York. His Youtube channel has earned millions of views and has been recognized by Lin-Manuel Miranda. He holds degrees from UCLA & USC.

CRYSTAL HUI (Production Stage Manager) is thrilled to be back in a theater working on this show after the Pandemic shut down. She graduated from CSU, Fullerton with their Theater program; after that, she has been stage managing with The Victory Theatre before the Pandemic. Live performance is always her way of being parts of people's lives and stories. Step by step, cue by cue, she will make a show happen. —“Baby Steps, moving forward”.

ANN JAMES (Sensitivity Specialist) has an extensive career in international stage direction and theatre education spanning over three decades.  James recently made her debut as the first Black Intimacy Coordinator of Broadway for Antoinette Nwandu’s Pass Over. James is an expert in the burgeoning industry of intimacy direction and institutional consent culture for national arts organizations. In addition to her Broadway credit, she served as Intimacy Director and Sensitivity Specialist  for the provocative Off-Broadway productions of Moises Kaufman’s Seven Deadly Sins by Tectonic Theatre Project and Seize the King produced by Classical Theatre of Harlem. On the West Coast, James provides consultation and intimacy coordination for the television and film industry most recently working with Rashida Jones, Mark Wahlberg, Issa Rae, Will Ferrell and Cynthia Enrivo. Her intimacy work has featured James as an expert voice for Theatre Communications Group, HowlRound,  the Society of Stage Directors and Choreographers Foundation, and Lincoln Center’s Directors Lab West. Her company, Intimacy Coordinators of Color, has partnerships with ArtsEquity, Actors Equity, The Broadway League and A.R.T./New York.

JAN MUNROE (Scenic Designer) is an actor, director, writer and designer. A founding member of the Mystic Knights Of The Oingo-Boingo, he is a recipient of many theatrical awards including 2 NEA Theatre Fellowships, a Rockefeller Playwrights fellowship, a CAC "New Genre" fellowship, 11 L.A. Weekly and Drama-Logue Awards and an Ovation Award. As an actor, he has appeared in all mediums but was most recently in John O'Keefe's Ghosts with the Open Fist Company for whom he also designed and directed O'Keefe's All Night Long.

MYLETTE NORA (Costume Design) is an Ovation Award and NAACP Theatre Award recipient for best costumes, listed in the honors edition of The Cambridge Registry of Who’s Who Among Executive and Professional Women, works world wide consists of television, film, video and stage, and was seen nightly on The Tonight Show with Jay Leno and now You Bet Your Life with Jay Leno and Kevin Eubanks, and weekly on Jay Leno's Garage. The famed artist Synthia St. James noted Mylette as being the inspiration for her world renowned painting  Ensemble which graced the cover of the best selling novel Waiting To Exhale by Terry McMillan. Mylette's designer lines are, doggie wear, FromTheHeartDoggieWear.com, heirloom dolls, My Mind's Eye, and now face mask by, Mylette!

MATT RICHTER (Lighting Design) is an award-winning designer based in Los Angeles. He is the resident designer for the LA LGBT Center, where he also works full time. Designs for the Center include Search for Signs of Intelligent Life in the Universe; Revisited (Ovation nomination), and Hit The Wall (Ovation Nomination, LADCC Award). Matt is thrilled to be again working with the Skylight Theatre. For more information, please visit mattrichter.net

NICHOLAS SANTIAGO (Projection Design) has worked for numerous universities and theatre companies around Los Angeles including the Pasadena Playhouse (Ham), Skylight Theatre (Forever House, Church & State, Obama Ology), Rogue Machine (A Permanent Image, Oppenheimer, Honky), USC (Trojan Women, On the Town), Theatre Planners (PEMDAS, The Red Dress L.O.V.E.R.), the Chance Theatre (Tribes, Middletown, Big Fish), The Road Theatre (Nowhere on the Border, A Delicate Ship), LA LGBT Center (The Search for Signs of Intelligent Life Revisited), and the Fountain Theatre (Arrival & Departure, The Cost of Living). He recently designed Cesar Millan's new one man show Unleashed that opened at the David Copperfield Theatre at the MGM in Las Vegas. He has received numerous award nominations including an Ovation nomination and a LA Drama Critic’s Circle award for his work on Rogue Machine’s A Permanent Image and an ovation win for his work on The Fountain Theatre's production of The Cost of Living. nsantiagodesign.com 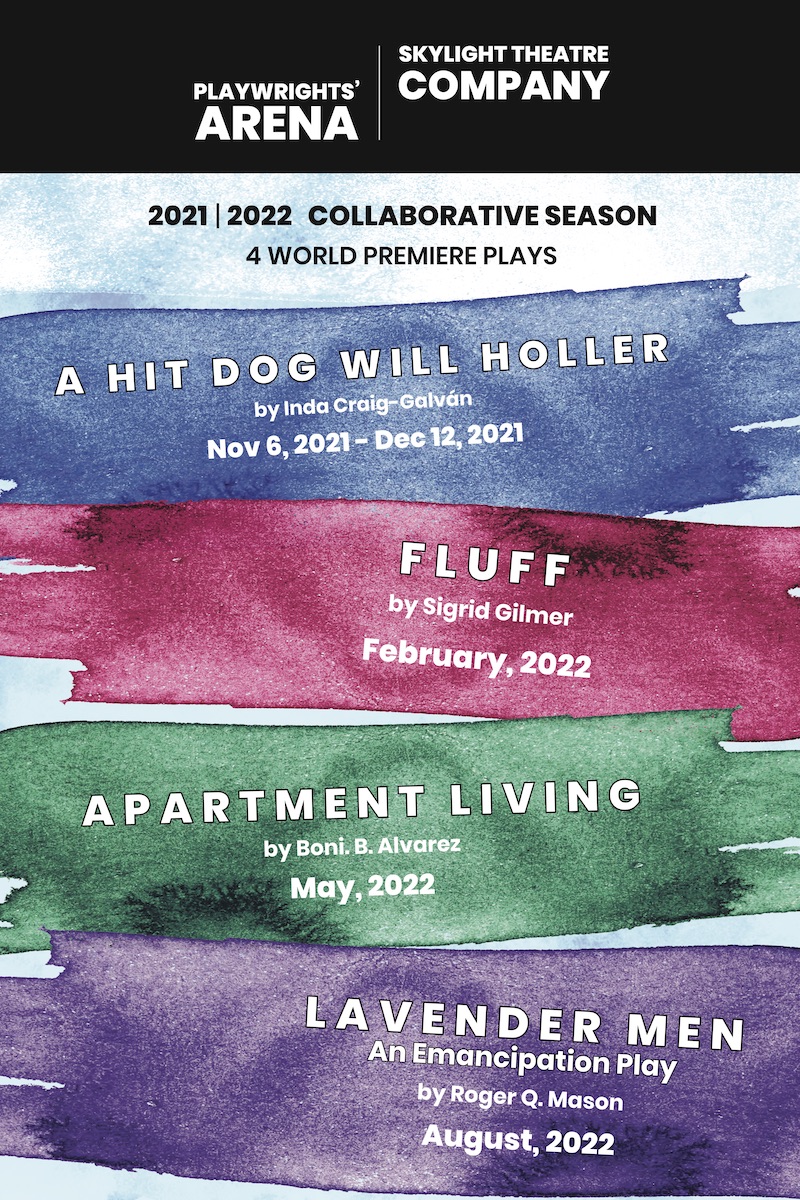