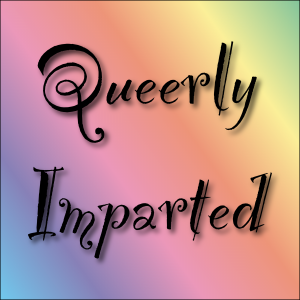 An Evening of Spoken Word for World AIDS Day

With our Emcees:
Dave Trudell
Sam (aka Christine Papalexis)

QueerWise is a LGBTQIA+ multigenerational writing collective and performance group living in Los Angeles. The artistic troupe has earned a reputation for their literary merit while capturing the zeitgeist of the past and present.

Responding to an urgent need in the LGBTQI+ world, artist-activist Michael Kearns initially created QueerWise for writers, 50+ years of age, who needed an outlet that encourages and nurtures open self-expression. As he had in the nascent days of the AIDS crisis—forming Artists Confronting AIDS with his partner, James Carroll Pickett—Kearns is intent on fulfilling a void that provides a safe space for uncensored storytelling.

Founded in 2011, under Kearns’ direction the diverse group of writers who form QueerWise has taken their work from the page to the stage, honoring the Spoken Word tradition, melding literary and theatrical disciplines. During the past decade, the troupe has produced more than two dozen performance pieces in venues throughout Los Angeles —from Akbar to Highways to Skylight Theatre—achieving a reputation for their lambent outpouring of work that is startlingly authentic and powerfully rendered.

"Everyone carries a valuable story that deserves to be heard and witnessed," Kearns says. Beginning a few years ago, aware of (and applauding) the burgeoning number of groups catering to writing-for-seniors, QueerWise opened its doors to queer people 18+, endeavoring to capture the energy that emerges from an intergenerational community of artists who share their stories.

Celebrating their tenth anniversary, QueerWise is proud of two videos they have produced (made possible by a grant from the City of West Hollywood): The Ache For Home and Queers Across Years which will comprise a trilogy to be completed in 2023.

Their decade of community building has also encompassed a 2022 merger with the Purple Circuit: Promoting LGBTQ+ and Feminist Theatre, an international online presence that guides playwrights in the business of getting their work produced. More at www.queerwise.net

Skylight Theatre Company is recognized as a “powerhouse of new play development” by Dramatist Magazine and as “a leader in play development” by the L.A. Times. In just the last five years, two plays originating at Skylight have been performed Off Broadway, The Wrong Man and Church & State; the later has had 65+ productions in 33 states. In 2015, Dontrell, Who Kissed the Sea (a co-production with Lower Depth Theatre Ensemble) received the prestigious Steinberg/ATC New Play Citation. In 2019, Center Theatre Group remounted their multiple award-winning production of Rotterdam at the Kirk Douglas Theatre as part of Block Party. The production won the 2017 Los Angeles Drama Critics Circle Award for Best Production, and awards for Writing and Lead Actress. It also received top honors at the 2018 Stage Raw Awards, winning Production of the Year and Leading Actress awards. More at www.skylighttheatre.org