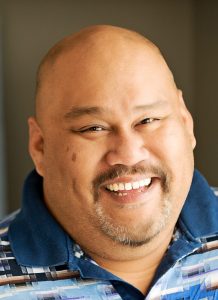 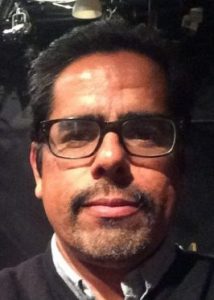 Jonathan is a Los Angeles born, Latino playwright and screenwriter whose plays explore the evolving definition of racial and sexual identity in the U.S. Jonathan earned degrees in writing from UCLA and Brown University, studying with Paula Vogel, Luis Alfaro, Oskar Eustis, Lee Blessing and others. His best known plays are: THE CRUISE, LUPE, NOW! THE DROWNING OF NATALIE WOOD, BIG BRO/LIL BRO and LOS IMMORTALES which are available on The New Play Exchange. In film he recently completed an original animated sequence for a Swiss feature doc on IVF / gay husbandry. In television, Jonathan story produces shows for the Food Network and other docuseries programs. He is a MacDowell Colony Fellow in Writing and lives in Pasadena with his partner, writer Greg Chandler. 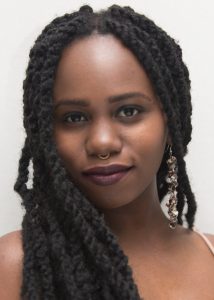 Dionna Michelle is a playwright, actress, and vocalist from Winston-Salem, North Carolina. She is a graduate of California Institute of the Arts with a BFA in Acting and a minor in Creative Writing. Her plays include GUNSHOT MEDLEY: PARTS I & II, RAIN, RIVER, OCEAN, and HOMEGOING PLAY. Daniel currently serves as the Artistic Associate at the Pasadena Playhouse. An advocate for arts education, she has led acting  and writing workshops at Boyle Heights Arts Conservatory, A Place Called Home, Great Books Summer Program, and Authoring Action Organization. Other accomplishments include: 2017-2018 Core Apprentice at The Playwright's Center & 2018 Alliance of Los Angeles Playwrights Diversity Fellow; dionnamichelledaniel.com. 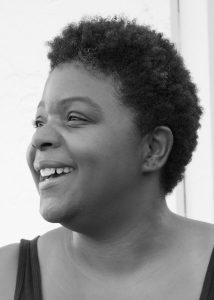 Sigrid makes black comedies that are historically bent, totally perverse, joyfully irreverent and concerned with issues of identity, pop culture and contemporary American society. Sigrid burst onto the national theater scene with her play HARRY AND THE THIEF, an action film/historical/time travel play about a thief who is blackmailed into traveling back in time to deliver a cache of arms to Harriet Tubman. It has since been produced across the country, including runs at the Pavement Group (Chicago), the Know Theatre (Cincinnati), and the Skylight Theatre (LA). Additional select works include SLAVEY (Clubbed Thumb), SEED: A WEIRD ACT OF FAITH, IT’S ALL BUENO (Cornerstone Theater Company), FRILLY, and WHITE 3: MANIFESTDESTINYLAND. Her television work includes: A Series of Unfortunate Events  (Netflix) and Claws (TNT).  Sigrid has an MFA in Writing for Performance from Cal Arts, where she was mentored by Suzan-Lori Parks. She resides in Los Angeles. 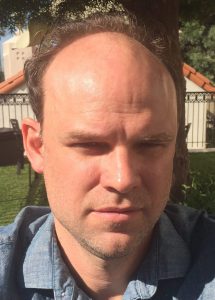 Cory is a Los Angeles based playwright who has been the recipient of the McKnight Advancement Grant, two Jerome fellowships, a MAP Fund Grant and a Jerome Travel and Study Grant. He was the recipient of the Heideman Award for his play THE QUINTESSENCE OF DUST and was a recipient of the Humanitas Play LA Award. His recent plays include THE END OF BEAUTY (premiere at Playwrights’ Arena, LA Times Critics’ Choice); APOCALYPSE PLAY (premiere at Moving Arts, Stage Raw Top Ten); UNCOVERED CITIES (developed with Circle X and Humanitas); GOLDEN (commissioned by Actors Theatre of Louisville, workshopped with Chalk Rep) and THE KILLING OF MICHAEL X (premiere at Jackalope Theatre in Chicago). He has written two musicals: THE HURRICANE (developed at Theatre @ Boston Court, Nautilus Music-Theatre and Chalk Rep) and CLANDESTINO (developed at Sundance Theatre Lab and New York Theatre Workshop). He was a co-writer of THAT HIGH LONESOME SOUND and FISSURES (LOST AND FOUND) both of which premiered at the Humana Festival. His other work has been produced or developed at the Bay Area Playwrights Festival, Cape Cod Theatre Project and Workhaus Collective, among others. He has been in residence at the Hermitage Artist Retreat, Space on Ryder Farm, and at the MacDowell Colony. He is currently a member of Skylab at the Skylight Theatre and a member of the Under Construction Writers Group at the Road. He is an affiliated writer at the Playwrights' Center and earned his MFA in Playwriting from Brown University where he studied with Paula Vogel. 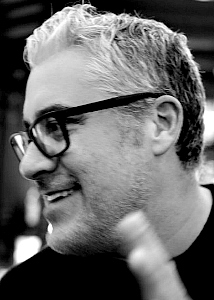 Rolin is the co-creator/showrunner of HBO’s PERRY MASON and the season one executive producer/showrunner of THE EXORCIST for Fox. He is currently adapting Anne Rice’s VAMPIRE CHRONICLES for AMC Studios. He has written and produced for FRIDAY NIGHT LIGHTS, WEEDS, BOARDWALK EMPIRE. His Friday Night Lights episode, “The Son”, received an Emmy Award Nomination for Outstanding Dramatic Writing and was named by Time Magazine as the best episode of television for the year 2010. His award-winning musical collaboration with Green Day frontman Billie Joe Armstrong, THESE PAPER BULLETS! received its 2014 world premiere at Yale Repertory Theatre and was later produced at the Geffen Playhouse and Atlantic Theater Company (NYC). His play THE INTELLIGENT DESIGN OF JENNY CHOW received the OBIE Award for Excellence in Playwriting and was a finalist for the Pulitzer Prize in Drama.  His play THE JAMMER received an Edinburgh Fringe First Award for Best New Writing and was also produced Off-Broadway at the Atlantic Theatre Company. He lives down the street from Fernando Valenzuela but has yet to meet him. Goals. 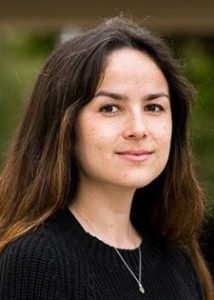 Mary is an emerging Los Angeles playwright from the Big Island of Hawaii. Her work includes plays, screenplays, and television scripts with a focus on women and the ways in which we build and perform our identities in intimate relationships. Her plays have been named finalists in both the Bay Area Playwrights Festival and the Alliance/Kendeda National Graduate Playwriting Competition and received semifinalist status in the Eugene O’Neil Theater Center  National Playwrights Conference. Most recently, her play SOUTHERNMOST received its world premiere production through Playwrights Arena in Los Angeles. Mary holds an MFA in Dramatic Writing from the University of Southern California School of Dramatic Arts. 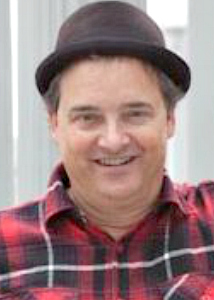 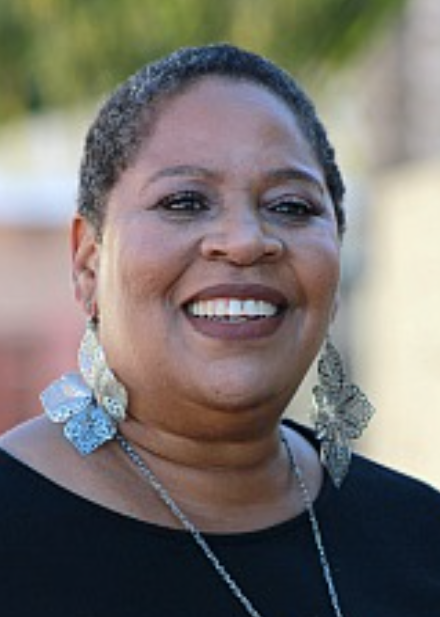 Penelope is a playwright, screenwriter, and novelist. Some of her many works include WEST ADAMS, REACHING AUTONOMY and A DROP OF SUN . Her plays have been produced in New York and Los Angeles. Lowder’s most recent film 15 Minutes will premiere at the 2020 Pan African Film Festival. Three Seconds of Hell is an adaptation of her debut novel Three Seconds of Hell, the story of her father's experiences in a 1950’s southern motorcycle gang.  Lowder is a current member of Skylight Playwrights Lab.  She is a recipient of the Marvin Miller Screenwriting Fellowship and the Los Angeles Theater Center Playwrights Residency. Lowder holds a Bachelor's degree in Theater from University of Southern California. She teaches writing at USC through the Community Literature Intensive Program. Additionally, she serves as a playwriting mentor to at risk youth in south Los Angeles. Lowder resides in Los Angeles. Lowder’s play WEST ADAMS was also selected as an LA Times Critic’s Choice for its production at Skylight Theatre in 2020. 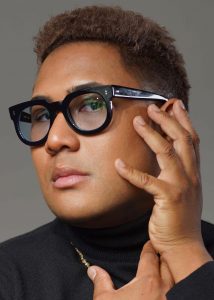 Roger is an award-winning writer, performer and educator known for using history's lens to highlight the biases that separate rather than unite us. Mason's playwriting has been seen on Broadway at Circle in the Square (Circle Reading Series); Off/Off-Off-Broadway at New York Theatre Workshop, New Group, American Theatre of Actors, Flea Theatre, and Access Theater; and regionally at McCarter Theatre, Victory Gardens, Chicago Dramatists, Steep Theatre, Serenbe Playhouse, EST/LA, Son of Semele, and Skylight Theatre.  He/they are a Kilroys List honoree, the recipient of the Chuck Rowland Pioneer Award and the Hollywood Fringe Festival Encore Producers Award, and a finalist for the Lark Playwright's Week and the Screencraft Play Award.  This year, Mason will become the inaugural alumni spotlight honoree for the Obie-winning Fire This Time Festival.  His/their films have screened at Outshine Film Festival and the Pan African Film Festival.  They've been recognized by the AT&T Film Award and Atlanta International Film Festival.  Mason holds degrees from Princeton University, Middlebury College, and Northwestern University 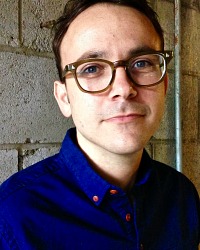 David has had work developed at Berkeley Rep, South Coast Rep, La Jolla Playhouse, The Old Vic, The Royal Court, and more. His HOW TO CONQUER AMERICA was written through Berkeley Rep’s Ground Floor program and a finalist for the Humanitas Prize at CTG; his FROM UNDER THE TREE was read in Pasadena Playhouse’s Hothouse Series; and his most recent THE WORLD AS IT SHOULD BE was recently workshopped at Skylight Theatre. Other works include: MUZUNGU (Mixed Phoenix, NYC), BODY PARTS (self produced in San Diego), and 1800 ACRES (Riverside Studios, London). He’s had short play commissions from La Jolla Playhouse, Chalk Rep, Moving Arts, and Cornerstone, and he completed a year-long residency at South Coast Rep. He’s written and sold two screenplays and two television pilots. He currently works on the Fox Medical Drama The Resident. Originally from Houston, Texas, he has a BA from Brown University and an MFA from UCSD. He’s taught at Chapman University and UCSD. He lives in LA with his wife, dad, two sons and a fish named Lightning. 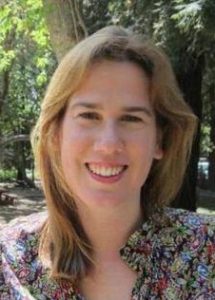