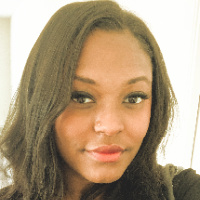 Tylre grew up near Dallas, Texas and published her first fiction novel at fifteen years old. She later attended the University of Southern California, where she studied screenwriting and discovered her love for directing. She has co-written and directed two comedic short web series, CO-ED and UNICORN, and produced a live performance of the play METAMORPHOSES. She currently works for Academy Award winning screenwriter/director, Jason Reitman. 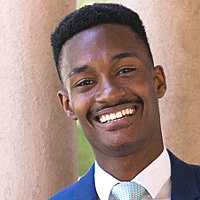 Dom is a producer/actor from Chicago, Illinois. While attending USC and majoring in theatre, he formed the sketch comedy troupe “The Suspenders”. He performed in the Ovation winning ONE FLEW OVER THE CUCKOO’S NEST the Immersive Experience with After Hours Theatre Company. His first Twitch livestream was in THE IMPORTANCE OF BEING EARNEST as Algernon. He founded Acute Animation with multiple projects in the works for release later this year. He is grateful for another opportunity to return to Skylight after his first performance in Fresh Brews last fall. 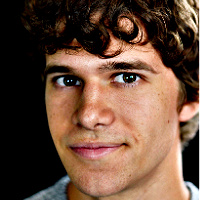 In his first collaboration with Skylight Theatre, Zach Cantrell is thrilled to stay a part of the Los Angeles theatre community in such a unique way. In addition to his membership with Downtown Repertory Theatre (Claudio, MUCH ADO ABOUT NOTHING; Gregory, ROMEO AND JULIET) and Long Beach Shakespeare Company (Berowne, LOVE’S LABOUR’S LOST; Octavius, JULIUS CAESAR) Zach loves collaborating with his peers from USC and creating new content on his dramatic variety podcast, Would you Rather. zacharycantrell.com 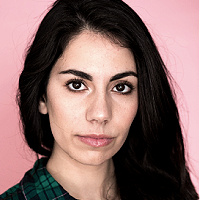 Her Los Angeles theater credits include WHEN WE WERE YOUNG & UNAFRAID (New Collective) and METAMORPHOSES (Theatre 68). You can hear her voice in an upcoming Nickelodeon International Indian children’s animated series, and see her recent film work in the digital series Three’s a Crowd and short film Condoms & Cherries (both of which she also penned). As a writer, she is an alum of Ron Howard and Brian Grazer’s content acceleration program Imagine Impact, and currently has projects in development with Sony Pictures Television and Boulderlight Pictures. Monisha is an alum of USC’s BFA Acting program, LaGuardia Performing Arts high school (the “Fame” school), and has received training through Upright Citizen’s Brigade and One Year Lease Theater Co’s apprenticeship. Most importantly, her favorite Ben & Jerry’s ice cream flavor is Phish Food. More of her work can be found at monishadadlani.com. 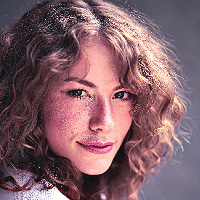 A Venezuelan actor, dancer, and choreographer Caribay is based in LA. She graduated from USC with a BA in Theatre and a minor in Film Production. She has since gone on to choreograph various productions for her alma mater including MR. BURNS: A POST-ELECTRIC PLAY and ROUGH MAGIC for the School of Dramatic Arts, as well as A POSTCARD FROM MOROCCO for the Thorton School of Music. Other theatrical credits include METAMORPHOSES (Crosstown Players) and MEN ON BOATS (Son of Semele). Currently, Caribay is a member of “Diavolo”, an acrobatic dance troupe helmed by the ingenious Jacques Heim. 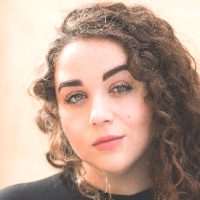 Jessica is so excited to be a part of CORPSES & CHUPACABRAS and to participate in her first virtual theatre experience! Jessica received her Bachelors degree in Theatre in 2017 from the University of Southern California where she had starring roles in BLITHE SPIRIT and THE ADVENTURER’S CLUB. During her time at USC, Jessica developed a passion for dialect and voiceover work. You can currently hear her voice on the podcast audio dramas All in My Head and Lucid, as well as in the upcoming animated short Sore Loser. When she’s not acting, she works in social media and co-hosts her own podcast entitled Jon Favreau is My Daddy. 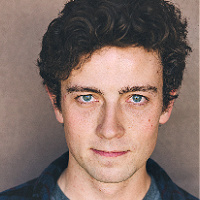 Heralding from Santa Fe, New Mexico he is a working actor and writer in Los Angeles. He recently graduated with a BA in dramatic arts and a screenwriting minor from USC. His latest film/TV credits include Headcount (Defiant Studios) and Flock of Four on Netflix (Bristol Pictures), Brosa Nostra on Amazon (Zephyr Entertainment), and Condoms and Cherries (Monisha Dadlani) as well as many Giggle Break and Tr!fectaYouTube sketches. His theatre credits include ROPE (Actor’s Coop), THE MERRY WIVES OF WINDSOR (Shakespeare by the Sea), A MAN FOR ALL SEASONS (Actor’s Coop), 12TH NIGHT (West Valley Playhouse), THIS IS OUR YOUTH (Raven Theatre), YESTERDAY AGAIN (World Premiere/SFBATCC Nom for best actor), CAT AMONG THE PIGEONS (USC), and THE BACCHAE (World Premiere London). Isaac is a member of SAG-AFTRA. 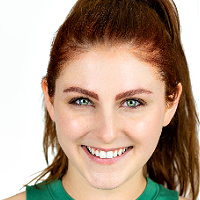 Brette is an LA native who grew up around the TV business. She graduated with a BA in theater from UCLA and has since worked on various film and television projects. Some of her credits include Murder Among Friends and The Big Bang Theory. She is spending her quarantine sharpening her roller skating, pole dancing, and baking skills as well as learning to navigate the world of Zoom theater and auditions. Corpses & Chupacabras is her first production with Skylight Theatre Company. She is so very excited to help bring this thrilling piece to life!