The Sex Seance - Meet The Artists

Henry Alexander Kelly is an award winning writer and actor based in Los Angeles by way of the San Francisco Bay Area. His plays have been produced at Ensemble Studio Theatre LA, MeetCute LA, and Q Youth Foundation to name a few. He is a company member of Newest Playwrights Group, Ensemble Studio Theater LA, Hero Theater and the swashbuckling children's improv group The Story Pirates.  He can be seen in the upcoming dark-comedic thriller Murder Bury Win. Some of his theatrical credits include: Anitbar Berber is Dead (Independent Shakespeare Company), The Three Musketeers (PVPA), Homeward LA (The Group Rep. Lonny Chapman), & The Assassination of Edgar Allan Poe (Downtown Repertory Theatre). He has also worked with huge internet media such as Lele Pons, Disney Babble, and Mitu. When not working on a project you can catch him telling stories at True-Story LA, singing at Musical Monday at Rage Nightclub, and when coffee shops were open, at many coffee shops across LA. He is so excited to be making his Skylight Theater playwriting debut with this piece ! Enjoy the seance! More at: henryalexanderkelly.com 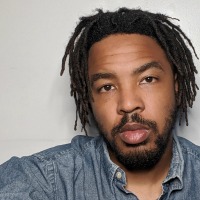 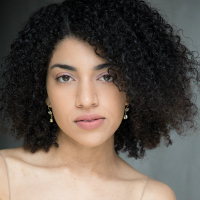 Carene Rose Mekertichyans an actress, writer, singer, educator, and proud Angelena. Selected stage: Pericles, Twelfth Night (Independent Shakespeare Co.), Troy (Hero Theatre), The Three Musketeers (PVPA), Señor Plummer's Final Fiesta (Rogue Artists Ensemble), American Asylum (Edinburgh Fringe), Macbeth (Northern Stage). Film: Ceci, Boys About Town, The Girl in the Red Dress. She is a Hero Theatre Company Member and Associate Member of Sacred Fools, where she has written and performed with We the People Theater Action. She wrote and starred in her play Number 12 Looks Just Like the Sunken Place, which was produced at the Edinburgh Fringe Festival. Season one of her Amazon Prime exclusive web series Just Roommates is now available to stream. She received her training from Dartmouth College and the London Academy of Music and Dramatic Art (LAMDA). More at: carenerose.com/ 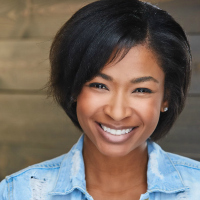 Jasmine Meadows is an LA based actress from New Jersey. She studied at theater at the  University of Maryland, College Park. From stage to screen she has been in countless projects and commercials;  Gabby (Yappie), Naomi (This May Take a While) & Kelly Rockwell (Man in Focus) just to name a few. This is her Skylight Theatre debut and she is thrilled to be a part of this amazing one act play! More at: jasminemeadows.biz